Nepal, officially the Federal Democratic Republic of Nepal, is a landlocked country in South Asia. It is located in the Himalays and bordered to the north by the People’s Republic of China and to the south, east, and west by the Republic of India. With an area of 147,181 square kilometres (56,827 sq mi) and a population of approximately 30 million, Nepal is the world's 93rd largest country by land mass and the 41st most populous country. 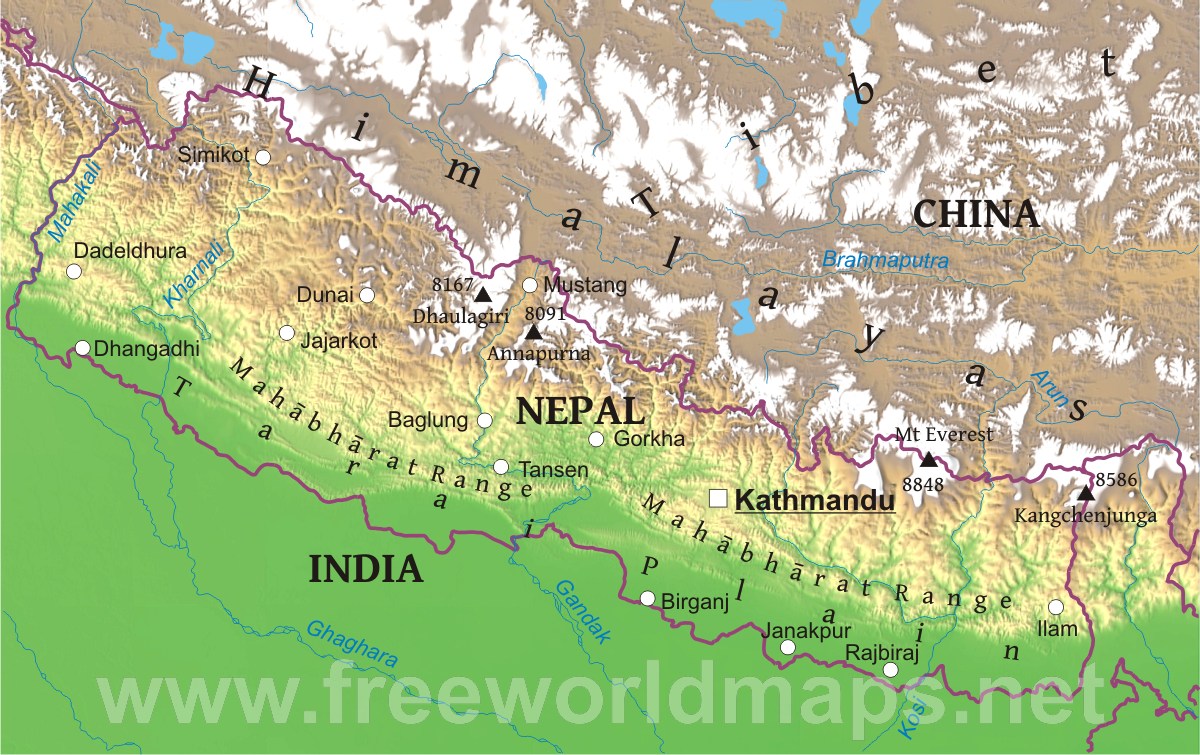 Kathmandu  is the nation's capital and the country's largest metropolis. Nepal has a rich geography.  The land extends approximately for 885 km from east to west, and 193 km from north to south. The land in Nepal can be broadly divided into three regions which are Himalayan region, Mountain region and Terai region. The land rises from the Terai, the southern plains covered with tropical jungles and fertile farm land at almost sea level to the high Himalaya mountains in the north with valleys and lush hills in between within a distance of less than 200 km.